We couldn’t have been going more than 5 knots. Then again, I wouldn’t know because I wasn’t driving. We were sailing slowly, taking photos of random boats, old fisheries, pelicans, seagulls and sea lions.

They asked if we knew how fast we were going, then stated that someone said we were going pretty fast. In addition, they had video of us taking photographs and wanted to make sure they weren’t of main fuel tanks around some berth.

Initially, all of this was said looking at my friend, Danita. She wasn’t the one driving — it was her dad’s friend, John.

Captain John was ordered to put the boat in neutral and present his boat registration. He searched but couldn’t find it. So, they asked for his ID (driver’s license), pulled up close, then reached out to take it. But, the officer dropped it in the water. (After a few minutes, the other boat was able to grab it.)

At the time, there were two LA Port Police boats around us.

We were ordered to a nearby public dock. Once we tied the boat to the dock, they asked Captain John, Danita and I for our ID. They also ran a background check.

We showed them our photos from the time we were around the harbor. I had over 600 photos. I quickly scrolled through the last 300 that pertained to the harbor.

The officers agreed that there wasn’t anything that would compromise security. They explained that our getting stopped was a “warning,” but now we were on record for that and labeled a non-threat.

Officer Garcia was the one questioning me. (Where do I work? My phone number? My ethnicity? Where was I born?) He asked about my photography, so I gave him my business card. He was scrutinizing my [simple] business card, so I hope he was impressed. I told him to buy a fine art print or two. 🙂

Overall, he was very nice.

I asked what we could do so we wouldn’t waste our time like this again. Officer Garcia told me I should go to the security office and get a permit, so they would know who I was and tell me where I should and shouldn’t go. (Um, okay.)

Unfortunately, Danita was asked for her Social Security number. She knew that she wasn’t required to give that information, but the officer insisted that they needed it for their records, so she gave in.

I wasn’t asked for my social security number. Why?

Before we left, Danita suggested I take their photo. I was still pretty nervous and shaky, so I didn’t set my camera correctly.

Captain John[1. Not really a captain, but when you’re a boat owner, that’s what you’re called.] later told us that he had no idea what we were doing wrong.

He’s gone out dozens of times since 1992. Maybe hundreds. He has a two notebooks filled with the information from friends that have gone sailing in his boat. Fact: Danita was there two out of three times he’s been pulled over.

Upon arriving at home, I downloaded Google Earth to view the GPS trail while we were out. I marked it up so you can see where everything happened. 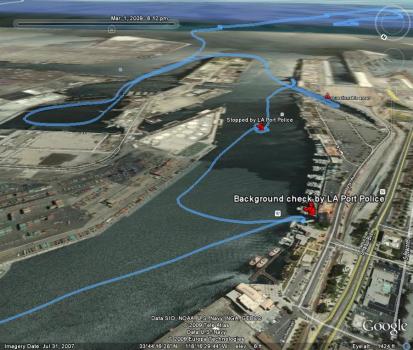 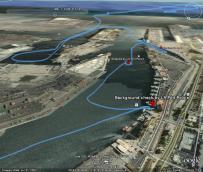 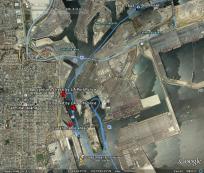 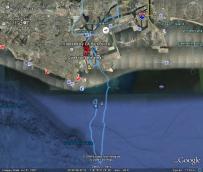 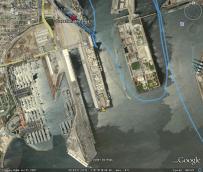 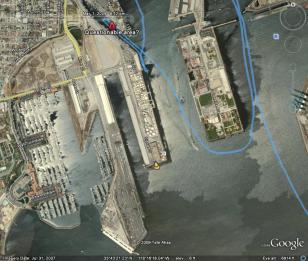 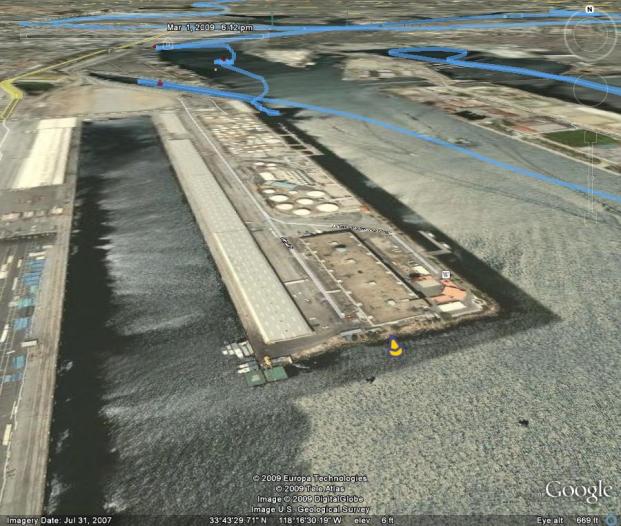 So, what did we do wrong? Nothing. As far as we were concerned, those are public waterways. There were no signs to indicate otherwise. We went anywhere other small boats could go.

An hour of time was wasted.

Please don’t confuse my questions as a desire for security to be taken lightly. The problem isn’t with the enforcers, but rather the people that decide what needs to be enforced.

“You don’t have anything to hide, right?” Read through these posts and comments, then get back to me:

I don’t want to sit on my hands and do nothing about this.

Photography is not a crime.

You may view photos from this trip within this Flickr photoset.

33 thoughts on “Pulled over by Los Angeles Port Police”